Central Judicial Processing Court is the first court process in the criminal proceeding. It can also be the most important hearing for the defendant. CJP court determines where the case is going and where the defendant will go as the proceeding moves on.

A multitude of factors can happen. Mainly, CJP will determine if the case will bump down to municipal court, or it will go to a grand jury in superior court. Certain cases can be resolved in CJP, and a defendant’s attorney can provide information that can possibly get the case dismissed. Bail can also be set or modified, but that usually takes place at another hearing. A defendant’s constitutional rights would be reviewed, and the judge would remind the defendant of all the charges pressed against the person. It is important to have a good attorney to prevent the case going to superior court – as the penalties in superior court are much more severe than in municipal court. Corey Morano and his staff will provide the best defense possible to make sure your liberty isn’t jeopardized.

Who goes to CJP?

Criminal defendants indicted in the:

What to do if I’m indicted or charged with an indictable offense?

The first thing you should do is call a lawyer.  It is New Jersey Law to see a judge writhing 72 hours after the initial arrest. That appearance is usually covered by CJP if the defendant is incarcerated or was charged with an indictable offense. First degree, second degree, third degree and fourth degree  charges all come with the possibility of 6 months or more in prison or $15,000.00 or more in fines. Under the United States Constitution those cases entitle you to a trial by jury. These potential criminal jury trials are handled in the Superior Court of the County in which the arrest took place. To produce an indictment the County Prosecutor’s Office must present your case to a Grand Jury. There is a very old saying that you can indict a ham sandwich because obtaining a grand jury indictment is relatively easy. The Grand Jury is provided very basic information about the alleged offense at which time they decide whether to grant the indictment.

Once CJP Court is scheduled there are several places your case may be headed and it is important to understand the difference. If the County prosecutor’s office decides to not pursue a Grand Jury Indictment on your criminal matter, then your case may be downgraded back to Municipal Court. Prior to presenting your case to the Grand Jury, your case may be scheduled for a Pre-Indictment Conference (PIC) or an Early Disposition Conference (EDC). This hearing provides you and your attorney an opportunity to potentially resolve your case with quick deal prior to a Grand Jury Indictment. Often times this is an opportunity to resolve your matter quickly with the least amount of stress and possibly for the lightest fines and penalties.

If you’ve been arrested, incarcerated, and or indicted, call The Morano Law Firm LLC Today: 201-598-5019 for a no cost, no obligation meeting to discuss your individual case.  We will make sure you receive the best defense possible for your case. Remember! CJP can be the most important hearing of your process, and it is not to be taken for granted. The Morano Law Firm has extensive experience in handling CJP Court, Indictable Offenses, Pre-Indictment Conferences (PIC) and Early Disposition Conferences (EDC). Understanding the difference between all these types of hearings can be confusing to anyone who does not deal with them on a daily basis. Call Corey Morano at The Morano Law Firm today at 201-598-5019 or email newjerseylawyernow@gmail.com to learn more about your case and to which Court it  is headed.

What is a Pre-Indictment Conference in New Jersey Criminal Court?

Have you or someone you know been arrested or charged with a crime and are scheduled for a pre-indictment conference in New Jersey Criminal Court?  For a free consultation please do not hesitate to call Corey P. Morano, Esq. at 201-598-5019 or email me at newjerseylawyernow@gmail.com.

After and arrest on an indictable offense and sometimes before your first court appearance, the prosecutor’s office in each county determines whether to pursue a criminal complaint through a 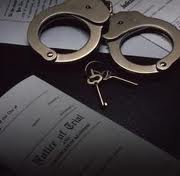 grand jury indictment. Prosecutors determine if cases have merit and sufficient evidence to pursue a conviction. In most counties, the prosecutor’s Case Screening Unit reviews police reports and interviews victims and witnesses to determine if the original charges will be prosecuted. If there is insufficient evidence, the charges are downgraded to disorderly persons offenses and “remanded” or sent to the municipal courts for a hearing or dismissed. In some counties, prosecutors pre-screen potential Superior Court filings before a complaint is signed.

In these cases they might schedule the Defendant for a Pre-Indictment conference, also called a pre-disposition conference, or even a “PIC.” Often this is an opportunity to make a quick deal on a potentially serious crime. Generally you take your chances in a hearing of this kind. If a plea bargain can’t be worked out in the conference, your case will be thrown back on the pile. From there you might find yourself indicted and facing a more serious dilemma, or downgraded back to municipal court.

Navigating a pre-indctment conference or a first appearance intake can be a stressful and confusing situation for anyway. If you are facing a criminal charge of any type, please feel free to give my office a call at 201-598-5019 for a free consultation now!