I’ve Been Indicted in New Jersey Criminal Court… What is an Indictment?

Have  you or someone you know been arrested or charged with a crime?  Please do not hesitate to call me at 201-598-5019 or email me directly at newjerseylawyernow@gmail.com for a free consultation.

In New Jersey law, an indictment is a is a formal accusation that a person

has committed a criminal offense. It is officially drawn up by a prosecuting attorney and found and presented by a grand jury.

The substance of an indictment is usually the same, regardless of the jurisdiction: it consists of a short and plain statement of the time, place and manner in which the defendant is alleged to have committed the offense. Each offense is usually set out in a separate count. Some indictments for complex crimes, particularly those involving conspiracy or numerous counts, can run to hundreds of pages, but many indictments, even for crimes as serious as murder, consist of a single sheet of paper.

Indictable offenses are normally tried by jury, unless the accused waives the right to a jury trial. The Sixth Amendment mandates the right of having a jury trial for any criminal prosecution. Notwithstanding the existence of the right to jury trial, the vast majority of criminal cases in New Jersey are resolved by the plea bargaining process. 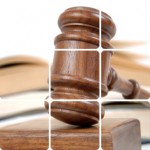 Grand Jury must only determine whether the state has established a prima facie case that a crime has been committed and the accused has committed it. Id. at 227, (citing State v. New Jersey Trade Waste Association, 96 N.J. 8, 27 (1984)).

“Purposely” is the highest standard of culpability in the Code of Criminal Justice. N.J.S.A. 2C:2-2(b)(1). According to this provision: A person acts purposely with respect to the nature of his conduct or a result thereof if it is his conscious object to engage in conduct of that nature or to cause such a result. A person acts purposely with respect to attendant circumstances if he is aware of the existence of such circumstances or he believes or hopes that they exist… id.

“Recklessly” is the third highest standard of culpability in the Code of Criminal Justice. N.J.S.A. 2C:2-2(b)(3). According to this provision: A person acts recklessly with respect to a material element of an offense when he consciously disregards a substantial and unjustifiable risk that the material element exists or will result from his conduct. The risk must be of such a nature and degree that, considering the nature and purpose of the actor’s conduct and the circumstances known to him, its disregard involves a gross deviation from the standard of conduct that a reasonable person would observe in the actor’s situation…

If you or someone you know has been arrested or charged with a crime, please do not hesitate to call me at 201-598-5019 or email me directly at newjerseylawyernow@gmail.com for a free consultation.

I Was Injured on the Job, What are My New Jersey Workers’ Compensation Rights?